I'm currently in Kota Bharu, Kelantan, at my mother in law's house. It's situated quite near the main mosque of Kota Bharu, The Muhammadi Mosque. We arrived on Friday and will be here for a few days. 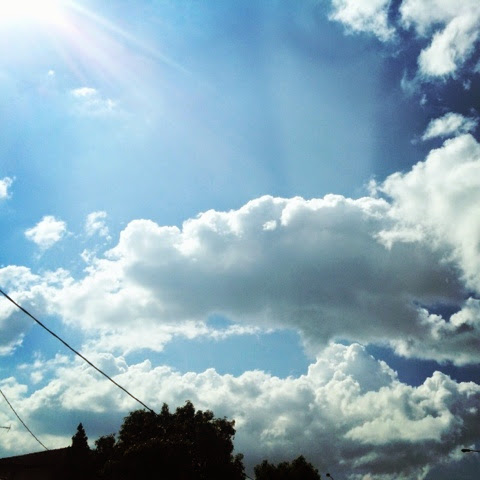 The picture above are of clouds in Kota Bharu. It's been really hot here, with no rain for a while. Hope it gets cooler here.
Posted by eL at Sunday, June 08, 2014 No comments:

I just saw Disney's Maleficent with my brother in law and two of his daughters. At first I didn't know what to expect from Disney's new interpretation of Sleeping Beauty. 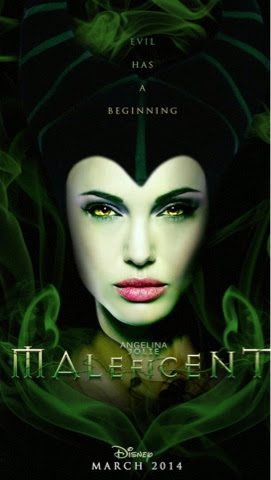 The movie starts off with Maleficent as a young girl. We are suppose to like her from the very beginning as it shows Maleficent being friendly with everyone, even the evil looking ones.
The movie then follows the classic Sleeping Beauty plot, up to a point. Then the plot changed direction and literally mess up our memory of the old Sleeping Beauty animation.
I won't spoil the movie for you, of course, but I think I like this version of Sleeping Beauty, and I feel Angelina Jolie was perfect for the part of Maleficent.
Although the movie started slowly at first, it managed to pick up its pace and delivered a satisfying ending. Go watch it if you haven't already.
Posted by eL at Thursday, May 29, 2014 No comments:

I just wanted to talk about one of my favourite genre for movies, television series, comics and even books. Zombies. Seriously. I am really into the whole zombie taking over the world scenario thing. In a big way. Well, not that big. But big enough until I think I've seen almost all the zombie flicks there is to see. Almost.
And the latest zombie flick to reach our shores is World War Z. I've read the book months before the movie came out, and I absolutely love the book. The difference with World War Z (the book) with other zombie books is that in World War Z, humanity is fighting back, hard. And they actually won. In a way. 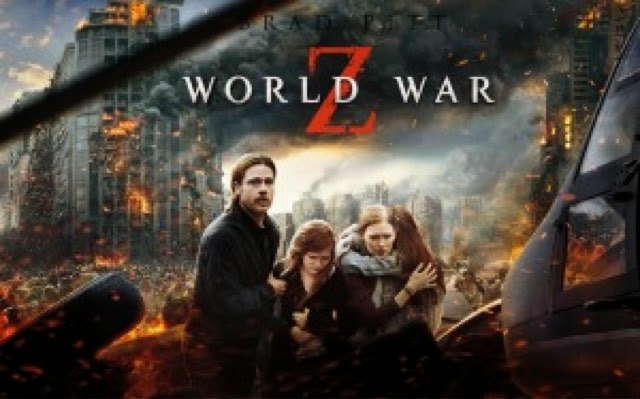 But in World War Z (the movie), the director only took a little bit of the book. I thought I would be disappointed but surprisingly, I wasn't. I love the movie almost as much as I love the book. Or the feeling might be equal. I'm not sure.
In the movie, Brad Pitt, with his wife and two daughters, try to survive in the sudden zombie onslaught. I was actually worried for them because I have two daughters as well, and I think I can relate to the love the father (Brad Pitt) has for his daughters, and the love of a husband for his wife.
I absolutely love the movie for the action and for the fact that Brad Pitt is risking his life for his family. That is one strong motivation to succeed. I think I heard they are going to do a sequel. I really hope they do it. That would be awesome.
Posted by eL at Thursday, May 22, 2014 No comments:

I've started mountain biking about a month ago, thanks to my brother, who really encouraged me to start biking. The first biking track I went to was FRIM with my brother. The first time was really tiring but it felt good. Seriously. 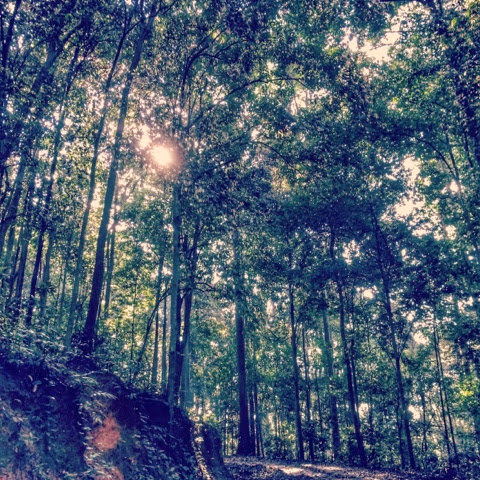 FRIM is beautiful, to say the least. The tracks are great and the people there are friendly. Whenever we pass by cyclists or hikers, we would greet each other with a "good morning" or a "hi".
The last time I went to FRIM with my brother, we cycled all the way to the Sungai Buluh Hospital, which was quite far, by my standard. We had iced milk tea and some Malay kuihs.
It was fun. Now I'm addicted to biking. If I'm not out biking with my brother, then I would go biking around my neighbourhood. My track around the neighbourhood is around 10 km which would normally take me around 45 minutes to complete.
The app I use to track my route and the time is Endomondo, introduced to me by my brother. It's so awesome I'm actually thinking of subscribing to it. But currently I'm using a free version. 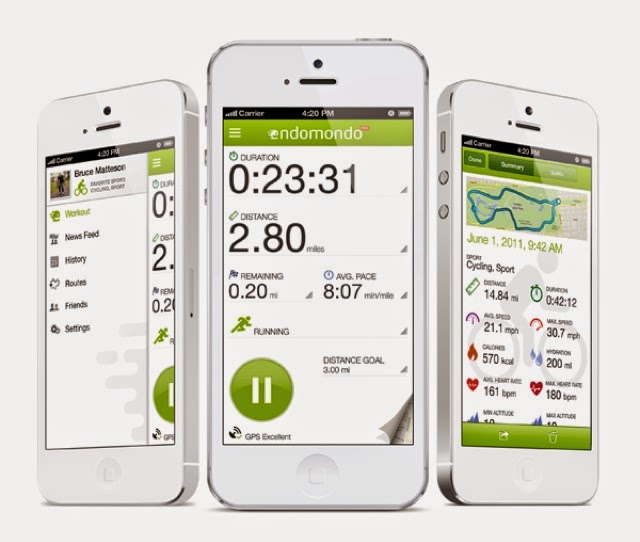 Well hello there. No wait, let's start with a different kind of opening. It was a dark and stormy night. No, I don't think so. I think I'll start with Assalamualaikum and a very good evening, everyone. I have to make this a habit, this blog writing thingie. Seriously. One of the reasons I started writing a blog was to improve my English, and another reason was to put my memories into words so I won't forget them.

About the title of my post today, I just wanted to say that I could only managed almost half of the book, and after that I just couldn't go on. It's the title of a book, by the way. And a few months ago, or was it a year ago, this book became one of the hottest books in the market. So I decided to read if for myself. My cousin said it was a good book. So did a lot of people. So, I bought the book and started reading.

I don't know whether it was because I just finished reading Stephen King's Under The Dome, or the fact that I've just finished reading a couple of heavy books, but I found that the writer was very light and floaty (if that's a word). I mean, if I was a teenager I might like the book, but now that I'm an adult, I found the book strangely annoying and very immature.

My brother published his first book. Before this it was a collaboration with other writers, but this time it's his own book. His book is called Dark Highways. Congrats, brother of mine. And he was called to the bar as well. Both these events happened last year. 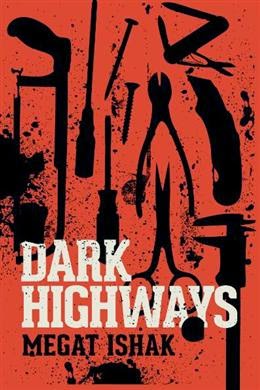 For those who loves horror and revenge, this book is for you. Do get it and read all the weird and slightly frightening short stories, if you dare. ;) 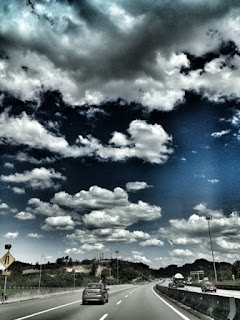 It is the year 2013, and I haven't updated this blog for more than a year. First of, I would like to wish a heart felt condolence to my cousins and to my uncle for losing their mum and wife. My Auntie passed away recently. One of my father's younger sisters. It was a sad day for all of us.

2nd June - Attended the 6th Jenaton Family Gathering in Penang. I was in charge with the registration with Aunty Rose, though we are almost the same age, but she married my Uncle, so there you go. There was quite a turn up. Met up with long lost relatives. Met new ones. Met a clown named Fish. It was all good. Then that evening went to Chowrasta Road looking for pickled fruits and stuff. And the same night, went to Batu Ferringi looking for stuff.

About the title of this post, World War Z, I just finished reading the book, and it was good. It's basically about the War with the Zombies, and this time, humanity actually won. But it took years and the concerted effort of all the countries in the world. Every country has it's own story to tell. And I like the way the author wrote the book. It was brilliant, to say the least. Can't wait for the movie. 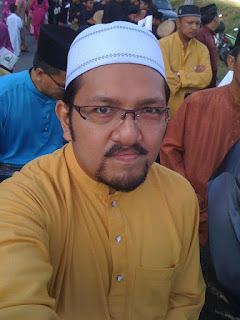 Good morning people. Today I would like to talk about the Maulidur Rasul celebration which was held at the Surau near my house. I arrived at the Surau around 7.20am with a pot of chicken kuzi and a box of roti jala. Courtesy of my beloved wife. We were having potluck at the Surau that morning.

The celebration started around 8.30am where around 300 of us; men, women, and children; walked around our neighborhood praising our prophet, Nabi Muhammad S.A.W. It took us about 25 minutes to complete the circuit.

After that there were a number of activities in the Surau, namely the reading of the Quran, berzanji, marhaban and a motivational talk about the prophet Rasulullah S.A.W. And there were also a coloring contest for children, and the writing of khat for teenagers.